Everything’s (not) awesome – we’re all glued in place 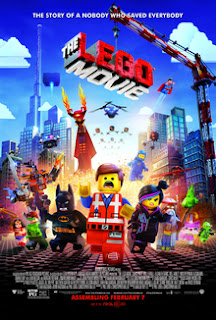 Starting a blog post with “EVERYTHING IS AWESOME!” might be an unusual approach in the current circumstances. You might look at the date and think that isolation has caused a few screws to work loose inside my head. But you might also recognise the annoyingly catchy song from 2014’s Lego Movie.

Like many people, in 2020 I’m currently spending more time with my family than I expected. One of my small son’s current obsessions is the Lego Movie. In this cinematic masterpiece the evil Lord Business hates disorder. He builds walls between the various Lego worlds and employs a crooked policeman to crack down on the ‘master builders’ who won’t follow instructions. Finally, he deploys the Kragle, a doomsday weapon that literally glues everyone in their place.

I suspect you can see an analogy coming on. Yes, that’s how the world feels to me at the moment – we’ve all been Kraggled. Our physical lives have been fixed in place where they were last Monday, whilst health and financial fears for both ourselves and our loved ones start, at best, to nag at the back of our minds.

Meanwhile a textbook example of how recessions are made plays out in from of us as the economy is Kraggled to a standstill. Companies and individuals fear for their economic future and cancel all non-essential expenditure. And of course, one person’s expenditure is another person’s income. Money usually flows like water through the economy, but now it’s more like glue.

Of course eventually we’ll be un-Kraggled, and this is meant to be a blog about environmental policy rather than the ramblings of a stuck-at-home Dad. So the questions is, what will the world look like when we’re all free again?

This is something that commentators from across the political rainbow are trying to address right now. And - surprise, surprise - it would appear that coronavirus means that the time has come for whatever idea they’ve been banging a drum for over recent years.

So the left think it’s time for universal basic income, greens advocate action on climate change, nationalists believe we should be closing borders and increasing national self-reliance whilst tech-utopians think we won’t even emerge out of our virus shelters and all just communicate online.

Me? My view is that we're stunningly bad at predicting the future. We tend to overestimate the impact of major events and new technologies in the short term and underestimate in the long. I’d prefer to focus on what’s happening now, and that’s two things.

The first is that people are frightened. You’d have to be well into your 80s to remember a time where food was in short supply and death could rain out of a bright blue sky. We’ve grown up in an age of safety and abundance, and the idea that we’d be jumping out of the way of fellow shoppers in a supermarket stocked like Soviet Russia would have seemed laughable only a month ago. But those of us in wealthy countries now know that bad things can indeed happen to all of us.

The second is that we’ve seen the power of big Government. The last time the UK Government forcibly interfered with the liberty of otherwise law-abiding people was national service, which ended in 1960. Prior to this crisis the idea that the Government could, for example, tell us get out of cars and use public transport was hotly contested, but now we’ve learnt that the Government can do something as extreme as keeping us all housebound and we’ll all (mostly) comply.

We’ve also seen the mass mobilisation of physical and financial resources to help tackle a major crisis, doing “whatever it takes” to get the job done. The usual policy making language of cost-benefit, statistical values of lives and expected economic impacts have been thrown out of the window.

From this you can pretty much guarantee pressure on the Government to do all it can to keep us safe from future pandemics. Medical research is likely to receive a shot in the arm, and continued underfunding of the NHS is unlikely to be tolerated. Beyond this the big question is whether our heightened threat radar is expanded beyond pandemics. This is by no means a given - as the saying goes, our leaders are always fighting the last war.

For climate change some may say that a healthy dose of fear will help shift things along, maybe more of the apocalyptic scenarios that Extinction Rebellion are so keen on. And, as I’ve suggested, fear can be a powerful motivator. But over time fear becomes normalised; it won’t motivate change over the decades long effort needed to address climate change.

But we’re not all just staying at home right now because we’re scared; we’re also staying at home because we have hope for the future. A time when we can hug our parents, watch our children play with their friends and enjoy a drink in a city pub.

To my mind, the challenge for those of us working in climate change is to paint a similar picture of hope alongside the gloom, to show that a low carbon world can be cleaner, healthier and more humane place to live. This world might not be better in every area that it is now – we might, for example, have to travel a bit less. But on the whole, it could be a downright nicer world for us all to live in.

Last year the Lego Movie gained a sequel, where the happy Lego world was thrown into chaos by destructive Duplo invaders. It gave the first movie’s theme tune a melancholic twist in the song “Everything’s Not Awesome”. Here the characters conclude there’s no hope, that awesomeness was a pipe dream and proclaim their newfound understanding of Radiohead and Eliot Smith. So far, so gloomy.

But hold the hankies, the song isn’t as downbeat as it first appears. Because, as the Lego heroes conclude, whilst we might want things to be awesome all of the time, it's an unrealistic expectation. If they work together they can make things awesome some of the time, and that’s good enough.

In real life we’re learning that the safety and abundance we’ve experienced over the past 70 years is much more awesome than the latest gee-whiz gadget - it isn’t something that should be taken for granted.  The glimmers of hope we’re seeing now are communities pulling together to help the vulnerable, teams of NHS staff working to save lives and scientists from across the globe coming together to understand and treat the disease.

Wherever you are, I hope you’re healthy and your lock-down is proving not so bad.

Popular posts from this blog

November 14, 2011
Parliamentary Select Committees are rarely kind to Governments. With a remit to scrutinise the Government's record they normally pick policy areas where heals are being dragged rather than shining examples of success. But even against this background accusing the Government of 'putting the health of the nation at risk' is quite strong stuff. This statement is contained in a new report from the Environmental Audit Committee (EAC), 'Air Quality: A Follow Up Report'. The document is a successor to the EAC's 2010 ' Air Quality ' report, a wide ranging examination of the previous Government's record on air quality. The new report is shorter and more focused, examining what's changed since the previous report was published and making suggestions for key policy changes. As with any select committee report the Committee invited submissions of evidence from organisations and individuals, in his case attracting 26 written submissions. They also heard in
8 comments
Read more

November 01, 2011
Subsidies for solar photovoltaic panels are set to be slashed after the Department for Energy and Climate Change (DECC) launched a consultation on halving the main ‘generation tariff’ available through the popular Feed in Tariffs (FiTs) scheme. The proposed cut will apply to new installations only: individuals and businesses who are already receiving the subsidy will continue to get the full rate. The Government’s reasoning for the proposed cut is a fall in the cost of the solar panels themselves. Whilst this is true, it is largely the result of a glut in the supply of solar panels which would be expected to reverse as the manufactures scale back production in response - the actual costs of producing them is little changed. Behind the scenes though the cuts reflect increasing nervousness by the Government around the impact of ‘green’ commitments on our fuel bills. The cuts may bring to an end a boom in solar installations where solar photovoltaic panels became the best investme
3 comments
Read more

The Green Deal - is it any good?

January 29, 2013
The Green Deal launched this week in a blaze of publicity, unfortunately much of it negative. The scheme has been the Conservative’s flagship home energy efficiency policy since before they even came to power, so the big question is: is it any good? The short answer is that it’s good for some, but not for others. At its heart the Green Deal is a loan scheme for energy efficiency and renewable energy measures, but rather than homeowners paying back the loan directly to the bank the repayments are made via a charge on their electricity bill. The two key innovations of the Green Deal are that the repayments should not exceed the anticipated savings on your energy bill (i.e. your bills will be lower afterwards, even with the loan repayments) and that the loan stays with the property rather than you (if you move the new owner takes over the repayments). The Green Deal is an attempt to address one of the big problems with some energy efficiency and renewable energy measures. Upg
8 comments
Read more

Ed Dearnley
Ed has been working in the environment sector for 20 years. He is currently lodged at Sussex University as a Programme Manager for the Sussex Energy Group. He is a father of two and lives in the windy suburbs of Brighton. Ed is obsessed with seagulls, outbuildings, bicycles, Harveys beer and Brighton and Hove Albion, in roughly that order.